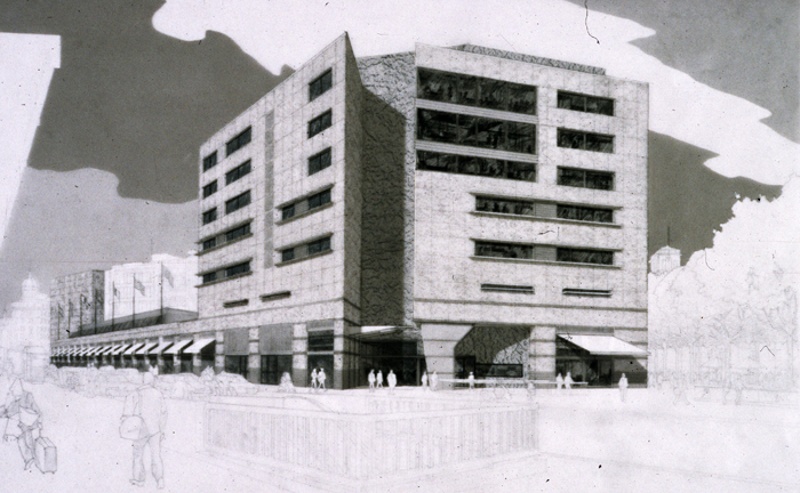 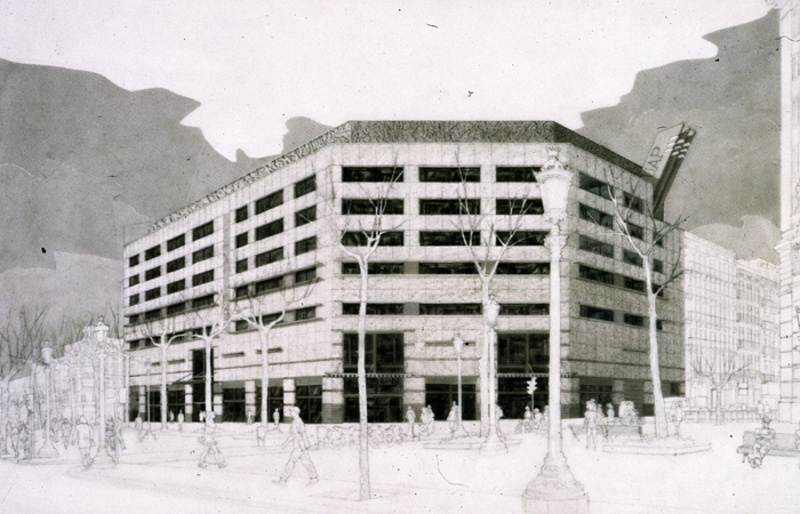 The building called El Triangle replaces the obsolete buildings that define the western façade of Catalunya Square, but also includes a lower building body built on the long, unbuilt lot of Pelai Street, between Bergara and the beginning of La Rambla. However, it contemplates the reorganisation of the underground commercial galleries that occupied the space between the two accesses to the Generalitat Railways. In other words, this is a project that had the following objectives: to recover positively for the city the so-called "square of shame", and to compensate for the first shopping galleries that the city had, known as Light Avenue.

The body of the building with the façade on Pelai Street was not of great commercial interest, but it did have a great visual impact. It had two problems that greatly conditioned its use: first, the very shallow building depth, and second, the site is practically mined, in its entirety, by the vaults that cover the Catalonia station of the F.G.C., and given this situation, it was not possible to build a building of more than one floor that did not endanger the aforementioned vaults.