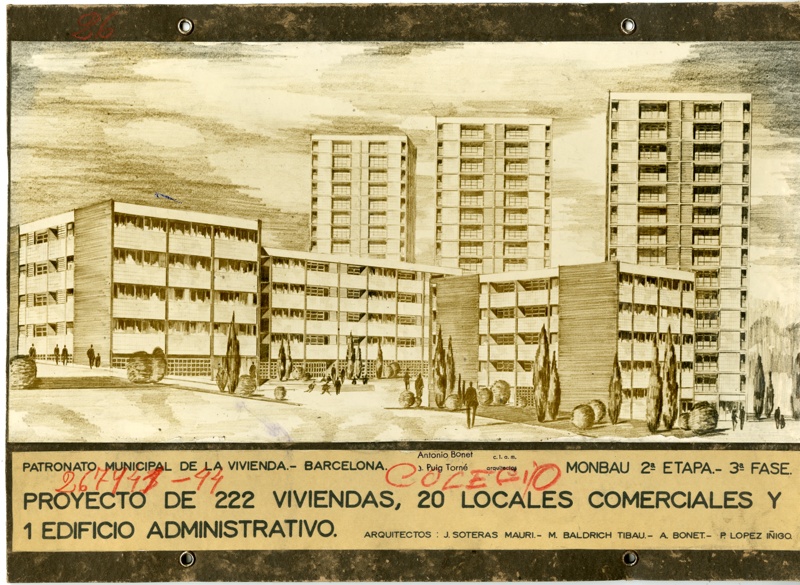 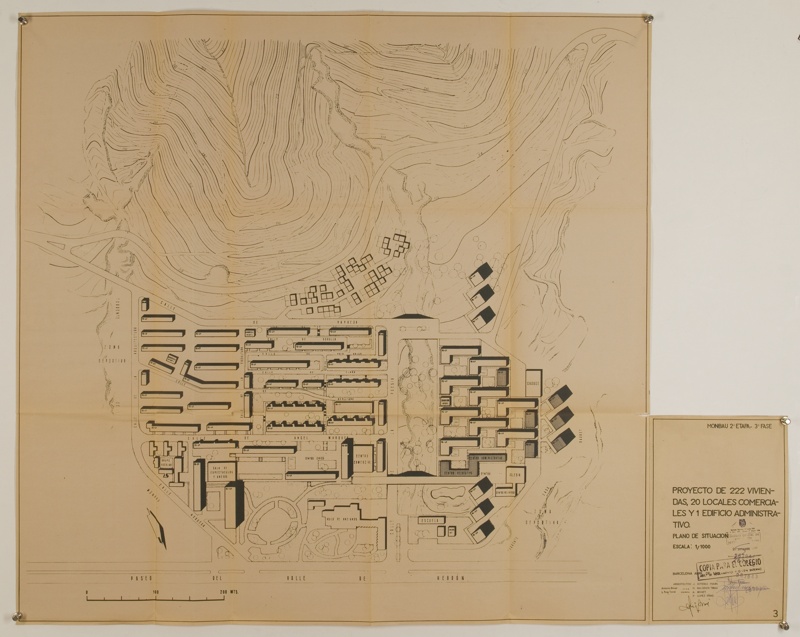 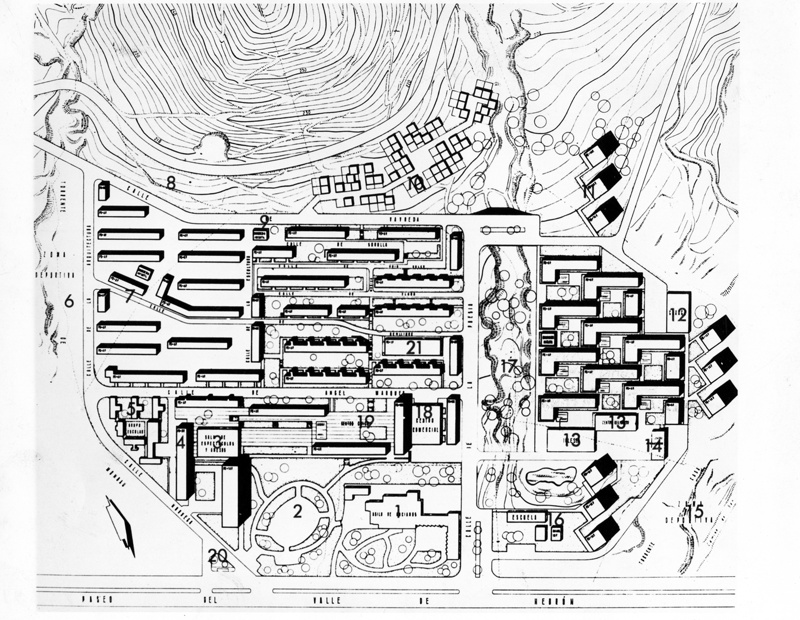 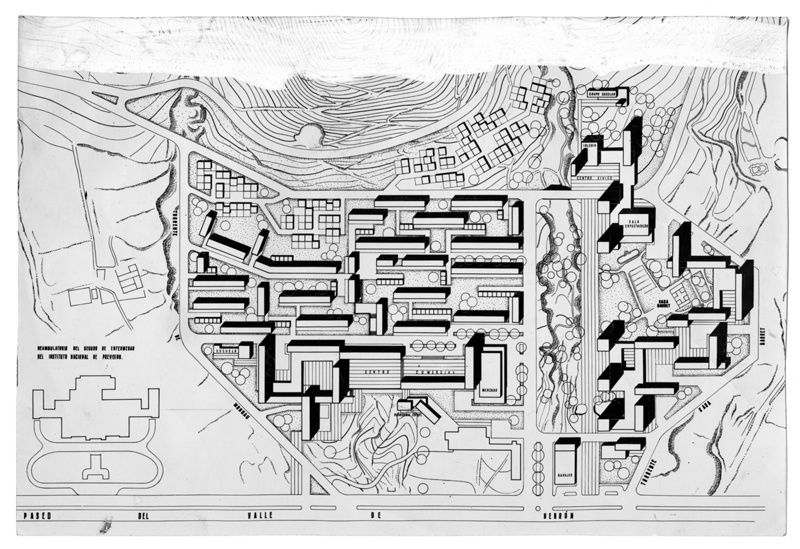 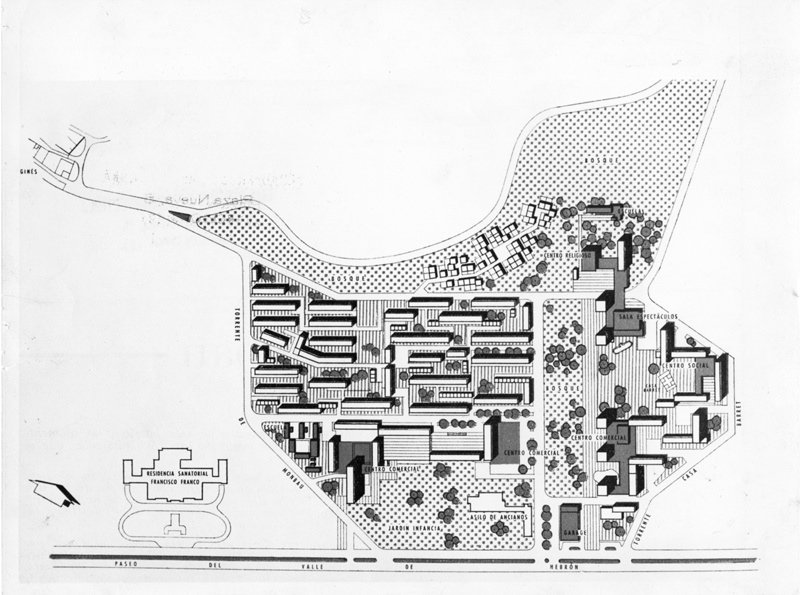 The architects quickly made a complete enough Advanced Plan to approach the requirements of a Partial Plan (1957) so it could be presented at an urgent commemorative exhibition. After the exhibition, the City Council's Technical Services completed, modified and, in fact, redrafted the Plan until it was fully approved.

Among these corrections, imposed through the procedure, it is necessary to consider some of special importance: the addition of another floor to all the buildings that appeared in the Plan. It was a last-minute 'administrative' imposition, given the fear that the land would be too expensive due to low building density. Here is how, with the simple handling of the aseptic and seemingly harmless text of the Volumetric Ordinances, one can redo an inclusive plan and misrepresent on possible guiding ideas. With this distortion, the Plan was approved on December 13, 1957.

In accordance with this project, the Board carries out the first sector. The Board of Trustees is limited to acting as a general developer, making various private entities, especially Cooperatives, act as owners and builders. The administrative system is interesting and proves to be extraordinarily effective, especially in economic channeling, and even in some limited sociological integration.