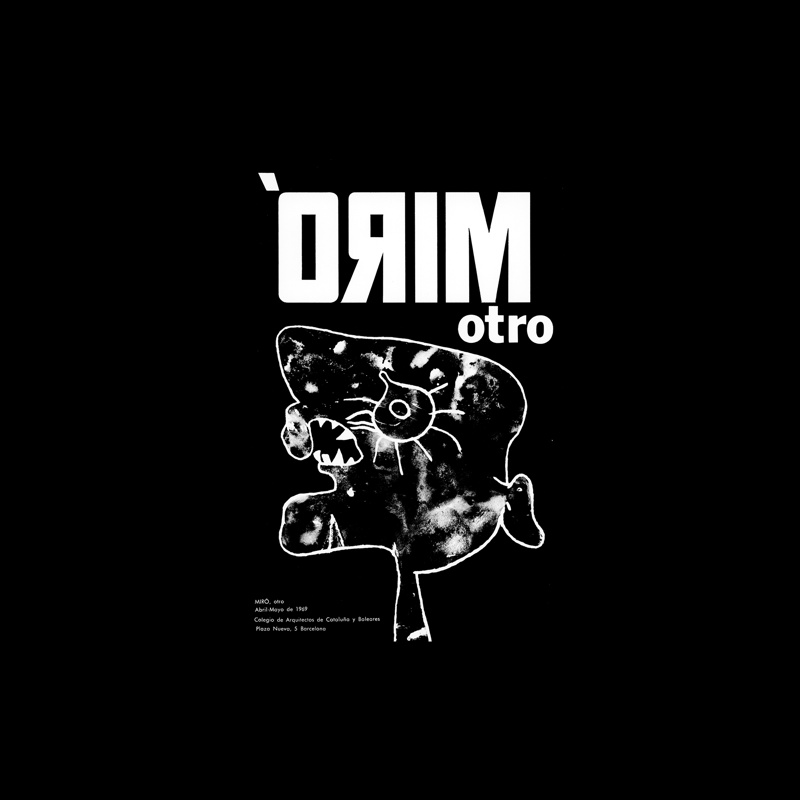 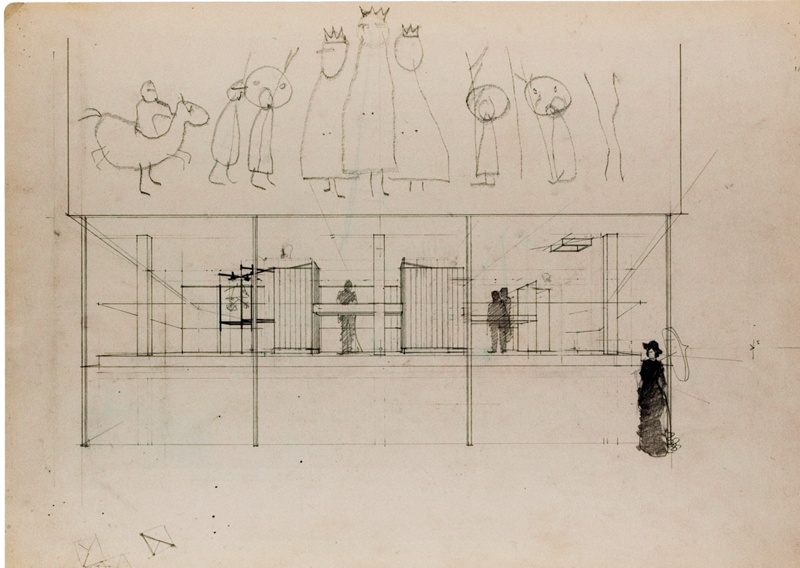 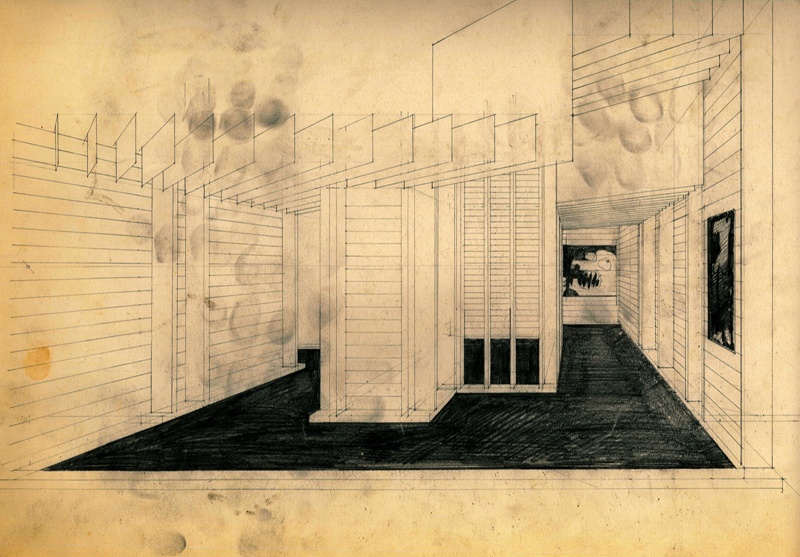 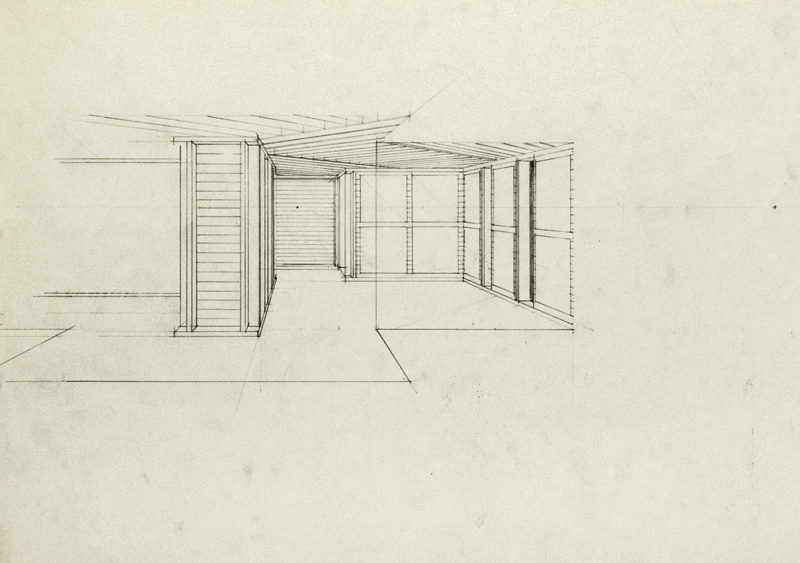 It was the end of 1968 when the partner architects of Studio PER (Pep Bonet, Cristian Cirici, Lluís Clotet and Oscar Tusquets), who had just turned twenty-seven, received a commission from the College of Architects of Catalonia and the Balearic Islands to write and edit a counter-exhibition at the school headquarters - which we titled Orim, otro (Miró written backwards) - of the anthological exhibition organised by Barcelona City Council in the Gothic part of the old Hospital de la Santa Creu.

Despite the difficulties that the dictatorship of General Franco posed for opening up abroad, we felt very close to the events of May 1968 in Paris. Barcelona was, at that time, a more cosmopolitan city than it is now, because it is still a city in which its tourist success is diluting its personality. We keep an indelible memory of those months in which we were working on the project, advised by Joan Brossa, Alexandre Cirici, Pere Portabella, Joan Prats and Antoni Tàpies, and especially of the relationship with Joan Miró.

During a dinner at the Reno, we presented our script to Joan Miró, asked him for an artistic intervention on the glass around the ground floor of the school and set a date to visit his studio in Mallorca and choose some original paintings that should be part of the exhibition. Oscar Tusquets and I went to Miró's studio. His house was pretty kitsch. A fishbowl on a kind of inner parterre was the most memorable architectural element of the living room, where we waited for him to come down from his bedroom. He apologized, saying that it was his wife Pilar’s territory, who chose his architect brother to carry out the project. He immediately led us to his studio, a building of great architectural quality and very much lived by Miró, full of his work in progress, clippings from magazines and newspapers and various objects of primitive African art. We were very impressed with the paintings he was working on.

Our script proposed dividing the exhibition into two well-differentiated spaces, separated by the staircase that leads to the so-called Picasso Room and which we proposed to close laterally and above as if it were a steep tunnel. The lower space would be dedicated to Miró’s work from before the Civil War; and the space above, to post-war works. The stairwell between the two spaces would signify the dark times of the war, and a film that we commissioned to Pere Portabella would be shown.

We designed the different nooks and crannies to put the paintings and objects in the exhibition, with the materials of the formwork that the construction company that we most appreciated in those days, and which has unfortunately disappeared from the market, selflessly provided us: Famadas, SA.

In terms of content, although Miró, Prats and Tàpies offered us original works from their private collections, we only used the works that had the most didactic possibilities and a more contentious attitude. We were not interested in the great works; they could already be seen in the great exhibition of the Hospital de la Santa Creu.

A large part of our exhibition consisted of a selection of enlarged photographs of fragments of paintings in which Miró’s symbolism was present, such as the female sex represented by genitalia or chaplains passing through the ring, as can be seen in the engravings of the Barcelona series. But our script also included asking Joan Miró to do some work on the glass that surrounds the ground floor of the headquarters of the College of Architects, in Nova Square. We imagined that, at best, he would paint his signature, but his enthusiastic response was to paint a mural in four colours and black. Each of the screenwriters was assigned a colour and he chose black, applied to the broom and to correct what we had to paint moments before. It was, in large dimensions, the same attitude that led Miró, in the last stage of his life as an artist, to paint on anonymous paintings that he bought in provincial exhibitions.

The exhibition held at the headquarters of the College of Architects of Catalonia and the Balearic Islands proposed to give a vision of Miró's work far removed from the sweetened and childish interpretation proposed by the official media. The discourse was structured on a clear linear path consisting of three parts.

The first one (A) was dedicated to his initial stage and made references through documents, projections and paintings to the literary, plastic, cinematographic and cultural world that characterised the avant-garde from which he received influences.

The second one (B) wanted to express the violent rupture caused by the civil war and developed on the scale that connected the two floors. It was a narrow and uncomfortable space, lined with vast boards like the entire exhibition and with the endless projection of a documentary of war scenes with some photos interspersed with his paintings. The deafening noise of the bombings and the repeated distorted images reflected in the mirrors created a haunting atmosphere.

In the last part (C) his recent work was contrasted with the established cultural atmosphere. It was organised in a zigzagging tunnel inside. There were references to Miró's work and through some windows they could be compared to monumentalism, rhetoric, kitsch and advertising.

The exhibition made an appearance on the street with a huge ephemeral mural that Miró smeared in black and with broomsticks on lines in primary colors previously painted by the components of Studio PER.